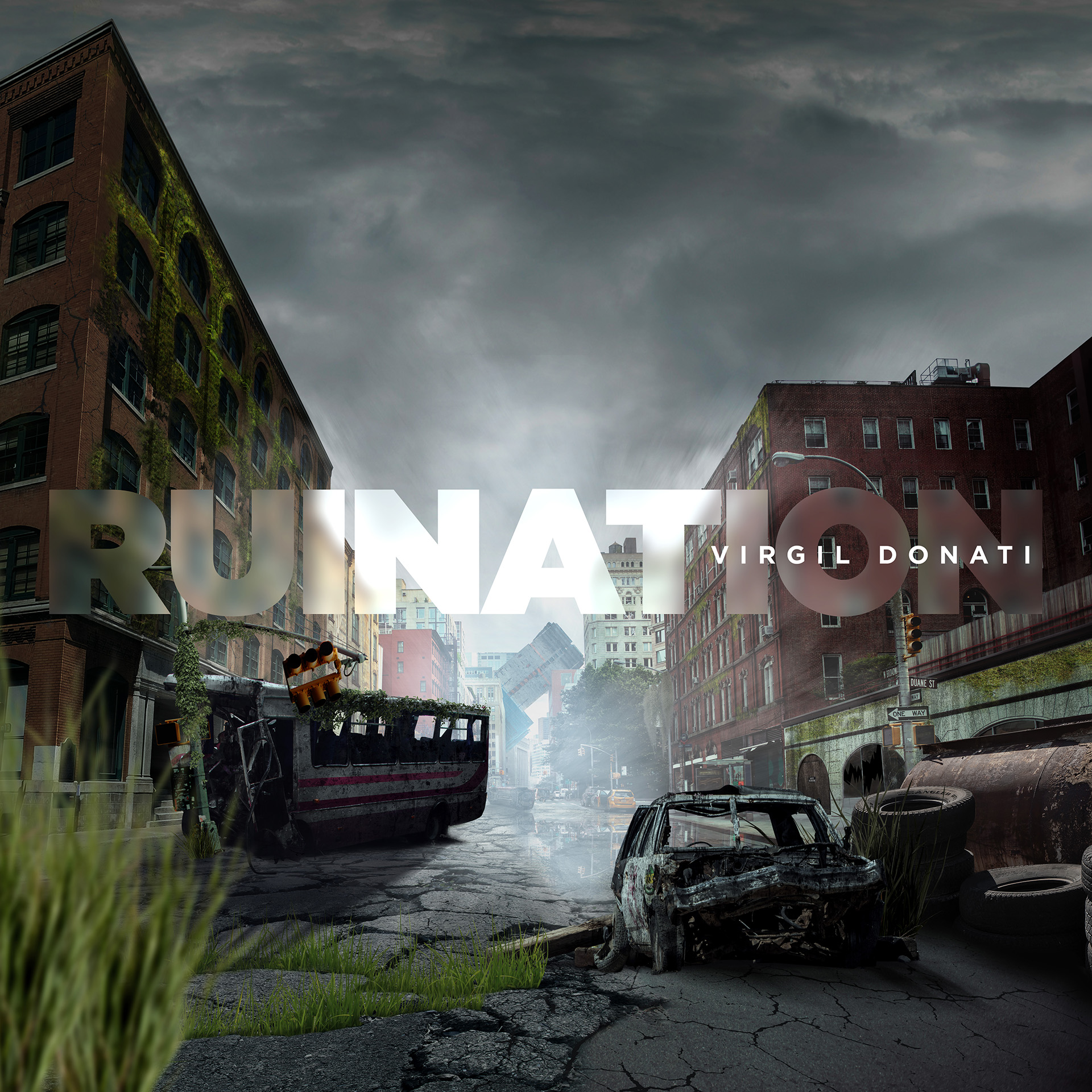 Virgil Donati is widely recognized as one of the most dedicated and technically advanced drummers of all time. He has performed and toured with the likes of Tommy Emmanuel, Steve Vai, and Allan Holdsworth, while maintaining a busy schedule as a bandleader and a member of numerous recording and touring bands over the years.

After creating a couple of gig posters for him, Virgil asked me to work on his album cover called Ruination.

The cover visual concept is strongly linked to the track with the same name as the disc – Ruination. The song is about a bad world leader, with evil motivations driving us to a catastrophic future. The image intent to show in a realistic way, how the streets would look like in the future described by the song. 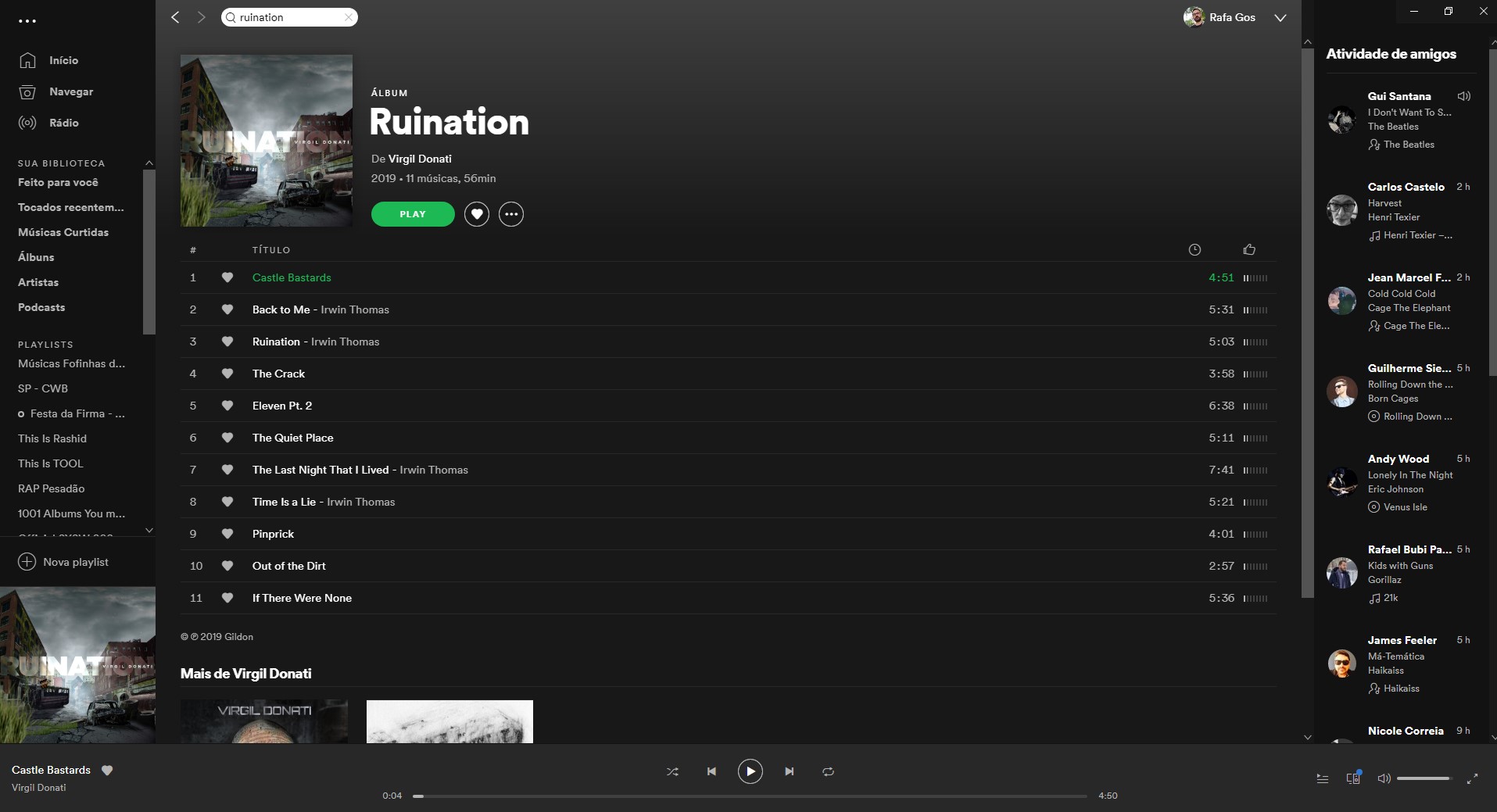